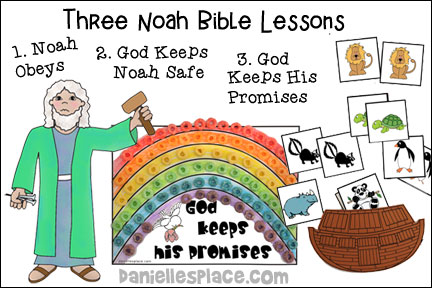 The following crafts and activities come from The Resource Room. They are available to members or as an instant download. 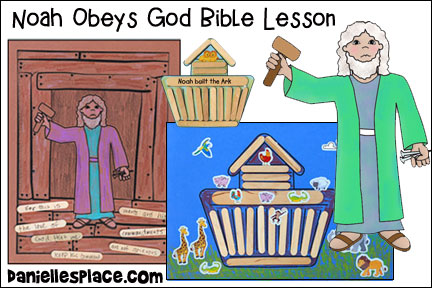 In this lesson children learn that God loved Noah very much. He was a good man and did everything God told him to do exactly as he told him. With God’s help, we can obey God just like Noah. Younger children make ark pictures with craft sticks and animal stickers. Older children color a picture of Noah and glue on craft stick boards to spell out the Bible verse. Preschool children play-act Noah building the ark with a large cardboard ark display and toy tools. 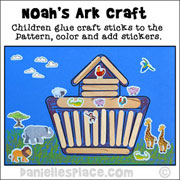 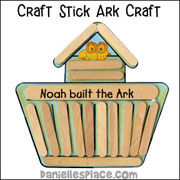 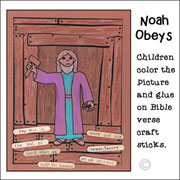 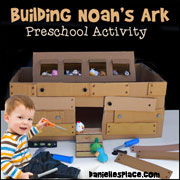 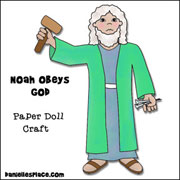 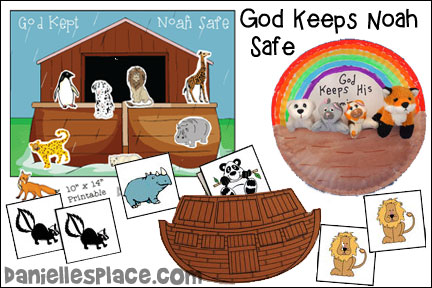 God remembered Noah and the animals and kept them safe in the ark. In this lesson children learn that God remembers them and will bless them. Children can make paper plate arks to store their small stuffed animals. 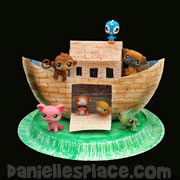 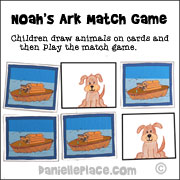 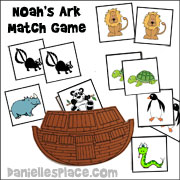 Pin the Animal on the Ark Bible Game 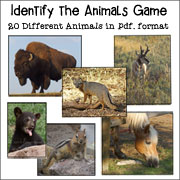 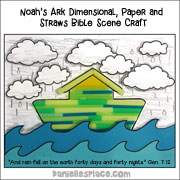 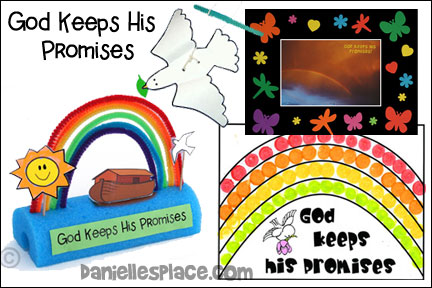 God always keeps his promises. He has made many, many promises in the Bible. God made Noah and everyone else who would ever live on the earth; that includes you and me. He promised us that he would never again flood the whole earth. Then he put a rainbow in the sky as a sign of his promise. When we see a rainbow appear after a storm we can remember God's promise. 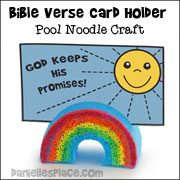 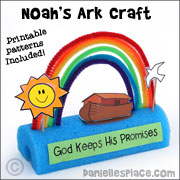 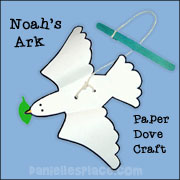 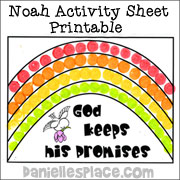 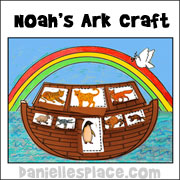 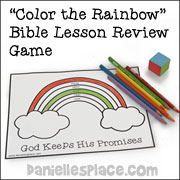 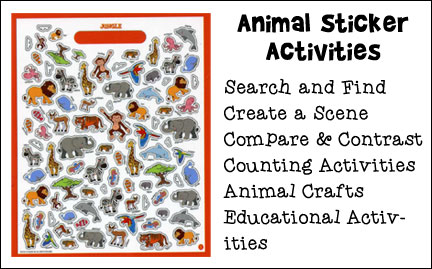 This book of stickers has ten pages of about 100 stickers each. Each page has four to five images of the same animal, some the same size, some different, and some facing different directions.

Following are some fun and educational activities you can do with these stickers:

Search and Find Two of a Kind

Children will enjoy searching through hundreds of stickers to find two of a kind animals. They can also use the stickers to make a Noah's Ark Story scene.

To make the activity even more educational compare and contrast the animals they find. Use words such as bigger, smaller, small, medium, large, right, left, etc.

Children can place stickers on cards to make a numbering and sorting games. 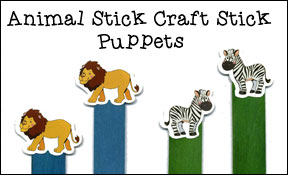 Have children make animal puppets by sticking animal stickers on craft sticks. Sing the following song replacing the blank with the name of the animals the children picked for their craft stick puppets.

Have a child march his animal

stick puppets to an ark picture or ark toy and place them in the ark as you sing about that child's animal.

At our last church homecoming I decided to entertain the children while the grown-ups visited since young folks usually get very bored at these gatherings. Instead of "pin the tail on the donkey", I had them play "Put the Animals in the Ark". I made a very large Ark out of poster board. Get as creative with the ark as you want. For animals, I used pictures from a coloring book. Instead of using pins, I put double-sided tape on the backs of the pictures. The children picked out their favorite animal, I blindfolded them, turned them around, and they tried to stick the animal on the ark. The grown-ups had as much fun watching the game as the children did playing it. This could also be a good Bible School activity for children by letting them color the pictures and cut them out themselves. Jane.

Songs and Poems About Noah

The Animals Go Marching
(Sung to “The Ants go Marching”)

You will need:Pictures of Animals, Glue or Tape, Craft Sticks

What to do: Have the children color and help them cut out animal pictures. Or, have pictures pre-cut and ready to glue or tape onto craft sticks. Then sing the song, having the children act it out using their animals. You can also have a large ark picture with slots a bit longer than the craft stick so that each child can place their animal in the ark after their verse is sung.

We made animal masks. I purchased some of the Hefty brand plates shaped like animals and cut the eyes out. The children picked which animal they wanted to be and we taped a jumbo craft stick to it for a handle. Singing "The Animals Go Marching Two By Two", we marched one animal at a time onto the ark. I made the ark by placing a brown blanket over a long table with two folding chairs making a door. After all the "animals" were on the ark, I came inside too and reminded them of the high points in the lesson. All my children went home knowing that God really does keep His promises. I think their favorite part was marching onto the ark. Theresa Bostick

Where Are the Animals?
Sing to the tune of "Where is Thumbkin?"

I also use tongue depressors and attach colored pictures of the animals to one end. These can be used with both songs as well. Sent in by Lara

Mr. Noah Built an Ark
(Sing to the tune of Old MacDonald)

Before you start this song give each child a stuffed animal. When you get to the part in the song where you say an animals name, touch a child on the head and have him raise his animal up high and name it if he can and then have the whole class sing the name of the animal and make it's sound. Sent in by Lara

Before you start this song ask your children to pick animals. They will pretend to be the animals they pick. Designate an area in your room to be the ark. As you sing the song and name each animal, have the child that is that animal go into the "ark" acting like that animal. For example, if a child picks a duck, when you sing, "The ducks go in the ark." that child can waddle and quack as he goes into the ark.

I just wanted to take a few minutes to tell you thank you so very much for what you have done in creating this site! I absolutely love it and use it often. I teach a group of children at my church every Sunday night and use your creative ideas and lessons. They, as well as, their parents love our lessons and the wonderful activities that go along with it. Praise the Lord for giving you this talent. Thanks again and I pray that God richly blesses you and whomever may help you with this. Sincerely, Rebecca R.